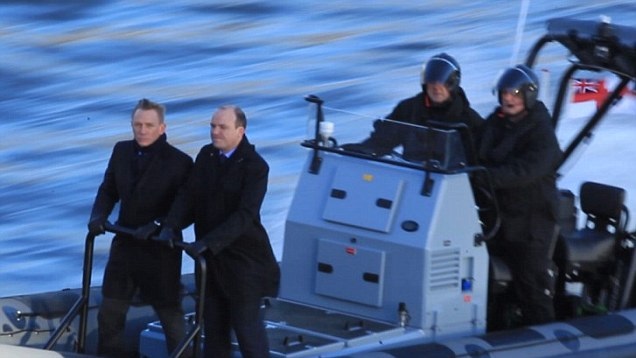 The cast and crew of the new James Bond film put a script leak behind them as they shoot a watery scene on the Thames.
Daniel Craig has taken to the water in London to shoot the first scenes for the 24th James Bond film, Spectre.

Film crews have been spotted on the Thames and on a section of canal at Camden Town.
Craig stood on board a speed boat alongside Rory Kinnear, who plays MI6’s Bill Tanner in the franchise, and jokingly swore at the camera once he noticed he was being filmed