Polo film Sport of Kings to examine cloning and rivalries 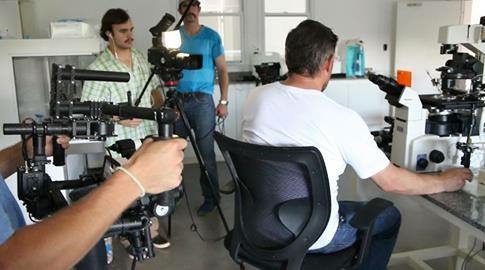 A new documentary film on polo will investigate characters and rivalries, as well as current issues in the sport such as cloning, according to its producers.

The Sport of Kings is due for release early next year and will take in polo’s year-round locations – from Argentina, the UK and climaxing in Spain – with an aim of shying away from the “superficial view” of the sport.

Jason Phillips, of Heritage Media, said: “The world of polo was crying out for a docu-film and TV series like this to be created.

“When we were approached about the opportunity we were amazed that nothing similar had been done before successfully. It is an absolute film makers dream.”

The on-field rivalry between both players and teams will play a central role, but so too will a series of off-field stories.

The film will focus on some of the characters’ contrasting entrances into the sport, the rise of women in polo and the introduction of cloning ponies, as Sport of Kings speaks to Adolfo Cambiaso, the Argentine great, and Alan Meeker about their Crestview Genetics programme.

“There are so many angles to the season that we are almost spoilt for choice,” added Phillips.

“Whether it be the fierce competition on the field, the fashion and society that surrounds the sport, the innate attachment between man and horse that runs throughout the piece, and also the new issues entering polo such as cloning in Argentina – and then within this, you have the various characters, teams, clubs and competitions all vying for attention and victory.

“We wanted to create something that got beneath the surface and investigated the characters and rivalries and issues in the sport, rather than taking a more superficial view of polo that many take of the glitz, glamour and wealth.”