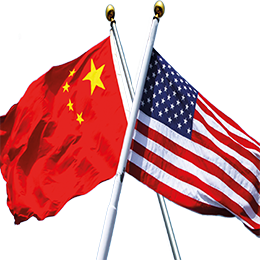 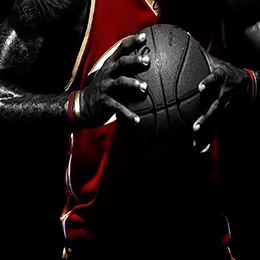 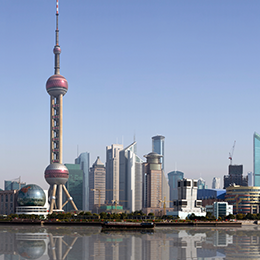 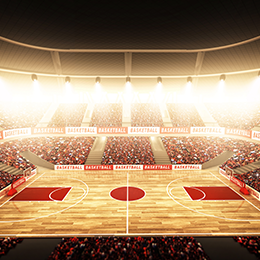 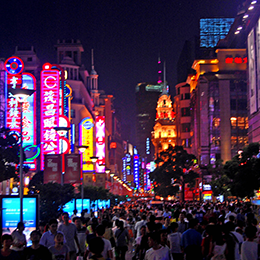 After the death of his grandmother, an NBA superstar goes into a tailspin and loses his mojo and love for the game. This causes him to “retire”. He longs to get back in the game and make a comeback. His manager sends him to China to get his game back by playing for his manager’s old friend who is coaching a startup basketball club in a small far western industrial city.

Jamal Welles’ is the charismatic, cocky, four year MVP Shooting Guard for the NBA San Diego Surf (Note: We intend on using a real NBA team’s name). He is known by his trademarked ‘fro hairstyle and long gotee. He was raised by his loving grandmother, Belle and overseen by his protective agent/manager and friend, Sam Mendel.

Without warning, Jamal’s grandmother passes away. Jamal barely holds it together as his world crumbles around him. He can’t seem to recover. His game suffers causing his team to lose game after game. Jamal realizes he’s lost his desire to play. Out of the blue, he announces his retirement to his team. Sam, knowing Jamal is not in his right mind, gets to work figuring out what’s best for Jamal’s career, personal life and sets about straightening him out ASAP.

Meanwhile, in Shanghai, Jack Qi, a Chinese basketball coach, meets with two shifty Chinese businessmen, Zhan and Chen. They believe if he can put together a winning basketball team, it will finally put their third tier city on the map and help attract big factories and bring other economic opportunities. They convince Jack that he is the man to do this for them by offering more money than he has ever made as a coach.

Jack makes an offer to Sam to bring Jamal to Jack’s China. This could be Jamal’s last shot to play in the NBA as no team trusts that he will regain his desire to play. Jamal’s sponsors have dumped him as well. Sam gets Jamal to agree reluctantly. Sam needs Jamal to hide out for a while so he can do some damage control. The plan is for Jamal to change his appearance, cutting off his ‘fro and gotee and go under the assumed name of “Jim Wellesley”. Upon his arrival, he is greeted by his new bosses, the non-English speaking Zhan and Chan. They take him on quick tour of Xin Cheng, Jamal’s, er… “Jim’s” new home. Jamal is a fish-out-water in China…a black man in the People’s Republic.

We get to watch as Jamal, now Jim, adapt to cultural differences between his high end US fabulousness and his new incognito Chinese lifestyle. His hotel room with the squat toilet, the food and the language all prove to be areas of humorous growth for Jamal. Chop stick eating, different food choices, over enthusiastic hotel employees, US brands that seem familiar but aren’t.

When Jamal finally meets Jack and his new teammates, all local basketball amateurs, he realizes he has a lot of adjusting to do. His teammates all have day 12 hour a day jobs but dream of being basketball stars and have endless enthusiasm and heart. It can’t help but bring a little smile to Jamal’s face. He hasn’t smiled in a while. There is Yuan (the one year in New York Chinese restaurant cook), Ming (the man who works in industrial orchards as an apple picker), and Zhou, a young traffic officer with a six-year-old son.

The team also, have their personal struggles. Their families would rather see them work at real jobs instead playing basketball. Following a pipe dream is not their families idea of living up to your responsibilities and earning respect. Jamal learns because his teammates work long hours every day they can only train late at night. Jamal can’t imagine how Jack will shape these guys into winners. Luckily, Jack makes a risky deal with their Chinese bosses to pay his team. Jack has to make this work as does Jamal if he really wants to get back into the NBA.

Meanwhile, back in the US, Sam is trying to build a case to bring Jamal back to the NBA. Jack puts Jamal and the team through an unorthodox training regimen that includes breathing, relaxation exercises with tai chi and yoga…which is all new for “Jim”.

At first, Jamal is not a team player that doesn’t have team spirit. Coach Jack has a few new lessons for Jamal. We see he is a really great coach and puts Jamal in his place, letting Jamal know that if wants to get back to the NBA, it’ll be Jack’s way or no way. Jamal realizes he has no choice because he knows he really does want to get back to the NBA. The team, now the Dragons, gets off to a shaky start, getting beat by other teams in their league. The Dragons also have the mothers and grandmothers of the players as cheerleaders as well as the son of one of the players dressed up as a dragon mascot.

Jamal slowly learns that he has something to teach as well as learn from his new Chinese comrades. He visits a Chinese medicine man and gets an acupuncture treatment he won’t soon forget. Jamal regains his health, his team spirit and his teammates connect with some of Jamal’s NBA “flava”.

Sam hears that Jamal is making the mental adjustments needed and his playing good so sends a journalist to interview Jamal. Jack reveals to Jamal that he is an old friend of Sam’s and the whole thing was a set-up to get Jamal back up on his feet. It is also revealed to the Dragons that Jim is really Jamal… but the team already knew who Jim really was and just went along with his charade.

Jamal is charmed by this. News of Jamal in China gets back to his old NBA team and the Surf (which will be a real team name) and they are now interested in getting back their old superstar player if he can make it time so that they can make into the playoffs. Jamal has to leave his Chinese teammates before their big game to make the plane to the US. The Dragons are distraught not knowing what to do.

At the last minute, Jamal realizes with the extreme time change, he can still play in the game with the Dragons, win the big game against their arch rivals and still make the plane to go play the crucial game with his old team and the Surf to get them back into the playoffs in a big feel-good happy ending.