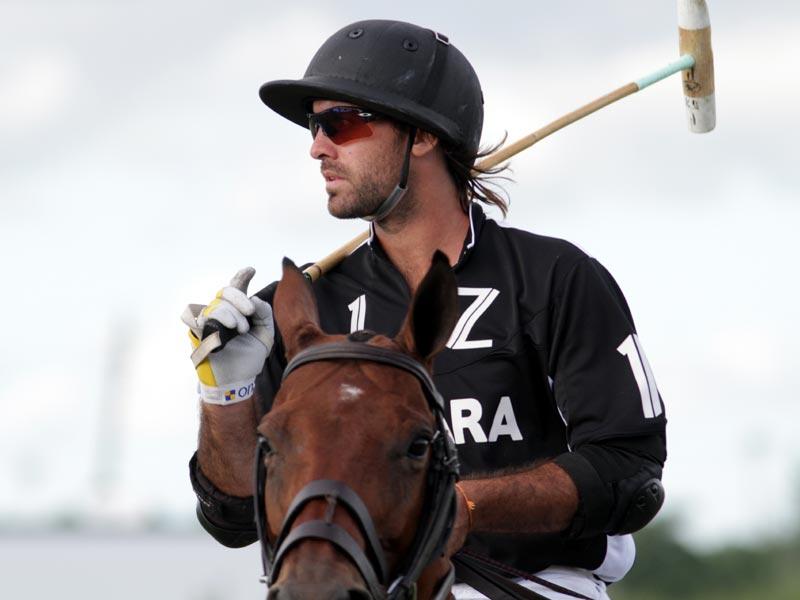 The Argentine’s overtime winner to win the recent Queens Cup for King Power Foxes should be used to promote sport to wider audience.

Facundo Pieres, the Argentine world No 1, has described his wonder goal at the Queens Cup as a “special moment”, putting his extra time winner for King Power Foxes comfortably into his top three finishes of an already majestic career.

The 29-year-old, who became the world’s youngest polo player to hold a 10-goal handicap a decade ago, has been vying with compatriot Adolfo Cambiaso for top ranking over the last few years.

But his star billing was realised in the Queens Cup final thanks to his goal for the sport’s biggest organisational team. It was a clip captured by an overhead drone – an increasingly valuable addition to the sport – and one that polo chiefs should really be making more of to help captivate a new audience.

King Power Foxes had a two-goal lead against Dubai before the final chukker, but relinquished the lead after a double from Pablo Mac Donough, who had the chance for a barely believable winner before the final hooter, as the game was taken to sudden death.

For posterity, Telegraph Sport asked Pieres to describe his gallivanting at Guards, 32 seconds into extra time. This after King Power Foxes had just shaded La Indiana on Thursday after another extra time winner, this time by Facu’s brother, Gonzalito.

“We won the throw in. I had the ball, Pablo took the ball out of me and started running,” said Pieres, speaking after King Power’s first game of the 2015 Gold Cup. “But Gonzalito came from behind and defended the play with a back shot.

“I was turning and hoping for a back shot from Top [Srivaddhanaprabha, the team’s patron and vice chairman of Leicester City]. I was committed that the play would go right. It went to plan, luckily, and I’m glad we were all part of that goal.”

It was some team goal, despite Pieres’ individual brilliance at the death. With King Power Foxes attempting to become the only side to go unbeaten through the Queens Cup, the moment meant much to the 60-strong staff behind the well-funded team.

“It was a two-way pass,” added Pete McCormack, manager of King Power Foxes. “Gonzo won the ball and back-handed it. Facundo called Top not to touch the ball, but he’s such an athlete himself, he thought ‘what the hell’”.

The Thai subsequently hit another backhand, which was delivered directly in front of Facundo for the Argentina to do one final run.

“When you see the Facundo Express coming down the road to score a winning goal, you’ve got a whole wave energy behind you. Just to get him through the goal was tremendous,” said McCormack.

“It was almost like he jumps off the horse, drops to his knees, throws his hands in the air and says ‘that’s the end of the performance, I’ve delivered’.